The recent release of the Radeon RX 6000 Series, also known as Big Navi GPUs from AMD has us excited for many reasons! It’s great to hear that AMD is making impressive improvements with RDNA 2, from power optimizations to the possible boosted performance when combining Ryzen 5000 with Radeon RX 6000. The rumored performance that Big Navi cards offer is likely to put some heated competition between AMD and NVIDIA, and competition is always a good thing for the customer.
We’ve had the opportunity to test the Radeon RX 6800 and wanted to share these in-game benchmarks with you so you can see if the Big Navi rumors are true!

The Radeon RX 6800 is in quite an interesting position. When AMD fans started talking about Big Navi and the performance that it would bring, this is what they were hoping to see. The 6800 gives a great experience at 4k and an exceptional at 1440p. While it’s been a while since we’ve seen AMD compete on the high end of GPU performance, the performance we see from even the 6800 is beating the 2080 Ti in some games and matching it in others. RDNA 2 cards do support DirectX Ray tracing DXR), there does seem to be some difference in its capability compared to its RTX competitors. While we haven’t had extensive time reviewing its capabilities in this regard, it does seem that the 6800 cannot match the ray-tracing performance of the RTX 3000 series cards.
AMD’s choice to include 16GB of GDDR6 video memory across their GPU lineup is an interesting choice. One that we’re glad to see, as it gives great performance for games and other workloads. At 4k, titles are using quite a bit of VRAM, and the 16GB gives peace of mind for current and future titles.
We’d recommend you pair it with a current-generation CPU, such as the AMD 5000 Series or Intel 10th Gen. While you won’t see major bottlenecks with previous generation CPU (Intel 9th Gen | AMD 3000 Series), the most recent processors have made great strides in their performance that outpace previous generations greatly.
We haven’t done extensive testing into AMD’s new feature called Smart-Access-Memory (SAM), which they say could offer up to an 11% performance increase in select titles. If you’re upgrading or buying a new system, pairing a Ryzen 5000 CPU and Radeon 6000 series GPU is worth considering.
Here are the specs for our test bench.
Of course, our test bench also includes a reference model RX 6800.

We did not change any of the default settings for the GPU and left it completely stock. We wanted to give you the best example of what you could expect if you have no experience with overclocking or adjusting any GPU performance settings. All in-game graphics settings were set to the highest available.

We chose several recent titles and some that were a bit older to show the performance across a variety of games that you may own or consider playing. If you think of a game with a built-in benchmark that we should add to our list, let us know what you’d like to see in future discussions!

Borderlands 3 is a demanding title that AMD showed off in their announcement of the new Radeon GPUs. The was the first game that we benchmarked with the RX 6800. It was quite interesting to compare the results with our other recent benchmarks. Frametimes were 22.25ms at 4k, 12.40ms at 1440p, and 9.36ms at 1080p

Hitman 2 was a bit of an anomaly here. We repeated the benchmark multiple times and had the same 1% Low in our testing. This could be attributed to drivers, perhaps a CPU bottleneck, or perhaps caused by IO’s in-house game engine. We’re not certain. However, it was consistent in our benchmark results. Since this has repeated itself on multiple test benches, we believe this is caused by the game’s engine.

Civilization VI is a game where frametime consistency is very important. Jitters here will be easily visible when scrolling around the map, looking for your next target. Frametimes were 6.62ms at 4k, 5.40ms at 1440p, and 5.22ms at 1080p.

Rainbow Six Siege is an Esports title optimized for high framerates and low frametimes. While the game’s optimization is noticeable, AMD’s Anti-Lag shows some impressive timings that are very competitive. Frametimes 5.1ms at 4k, 2.8ms at 1440p, and 2.1ms at 1080p

The RX 6800 reference GPU that we tested performed well in each of these benchmarks. It’s $579 price point puts it in a very competitive position with other recently released GPUs and even previous generation top-end GPUs. In traditional rasterization/rendering situations, the RX 6800 boasts competitive performance. The RX 6800 does include ray tracing capabilities, but we could not test ray-tracing features in these benchmarks. Early reviews from other sources seem to indicate that the NVIDIA RTX cards have advantages in that category. However, if you’re not concerned with ray tracing, the performance is great and extra benefits like 16GB of VRAM and SAM are also quite compelling.

There’s quite a lot happening right now in the gaming space with all of these recent product releases, and the RX 6800 firmly plants itself as a prominent contender for the top $500+ GPU in its category. 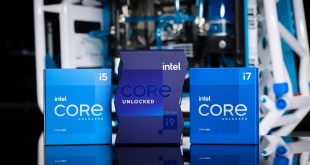