Introduction
In the preface to Mohammad Ajlouni’s book, Memories from the Great Arab Revolt, Ajjaj Nweihedh says: “The goal of Al Hussein [Bin Ali’s] revolution was to liberate the Asian Arab countries, grant Arabs their independence and enable them to build the greater Arab state that they had lost for centuries, so that they resume their life in freedom as a dignified nation.”

As, the Founding King Abdullah Bin Al Hussein, may his soul rest in peace, says:

“We Aal al Bayt [descendants of the Prophet Mohammad, peace and blessings be upon him] are but the reason for all the Arab kingdoms and leaderships that we see today.” 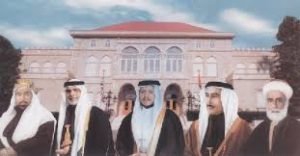 This is one example of the Hashemite vision and long-held belief in affirming the Arab cause. Historically, the Hashemites stand for righteousness, rejecting oppression, rising above material demands and compassion. On every occasion, they call for making a better, dignified life for the Arab people, while shunning violence and extremism. This is a quest that Sharif Hussein Bin Ali started and has become a way of life for Hashemite monarchs.

The Founding King Abdullah Bin Al Hussein (1882-1951)
His Majesty King Abdullah I, may his soul rest in peace, was born in Mecca on 4 April 1882. Since early childhood, King Abdullah I showed interest in Arab history and was deeply acquainted with the customs and traditions of Arab tribes. These early cultural experiences had a profound effect on his character later on, with the Raghadan Palace built in Amman in 1927, becoming a destination for Arab intellectuals and poets, with whom he sparred in poetry and debates.

His Majesty received his education in Mecca and Istanbul. From Mecca, he developed deep faith and an understanding of the hopes and aspirations of Arabs and Muslims, while Istanbul gave him wisdom and statesmanship.

The Founding King Abdullah developed the political savvy and remarkable ability necessary to overcome crises and intervene decisively to resolve issues, making him one of the most important leaders of the Great Arab Revolt. After Faisal was proclaimed King of Syria, Prince Abdullah continued to play a leading role in the military operations in Hejaz. However, the end of the Arab government in Damascus, after the Battle of Maysaloun on 24 July 1920, necessitated his arrival to Transjordan in order to ensure that the Great Arab Revolt’s banner remains hoisted high and to establish a launching ground for supporting Arab independence advocates fighting the French occupation to liberate Syria.

King Abdullah I came to Jordan to fight for the sake of the Arabs and the faith; and he died a martyr in the land of Jerusalem that he fervently defended. He fell on the threshold of Al Aqsa Mosque, near the tomb of his father, Sharif Hussein Bin Ali, may his soul rest in peace, who sacrificed his throne rather than let go of one inch of Jerusalem and Palestine. On 20 July 1951, the Founding King was headed to Al Aqsa Mosque, where he often performed the Friday prayer. He was accompanied by his young grandson, His Royal Highness Prince Al Hussein Bin Talal. There, fate was waiting for the Founding King, and it opened the eyes of a young King Hussein to a major incident and great bereavement: “I learned the unimportance of death; that when you have to die, you die; for it is God’s will,” His Majesty the late King Hussein later said about that day.

The Founding King is also the author of a number of literary writings: My Memoirs, Political Hopes, Who Am I, Between Pearls from Prose and Verse, and The Answer to Questions on Thoroughbred Horses. They were all collected in The Complete Works.

King Talal Bin Abdullah (1909-1972)
His Majesty King Talal Bin Abdullah, may his soul rest in peace, was born on 8 January 1909 in Mecca. He received his early education in Amman; and was appointed to escort his father, the country’s emir, with the honorary rank of lieutenant. He joined the Royal Military College Sandhurst in Britain, graduating with a rank of lieutenant. He then went on to serve his grandfather, Sharif Hussein bin Ali, during his exile in Cyprus until he returned to Amman. He was proclaimed King of the Hashemite Kingdom of Jordan on 6 September 1951.

During King Talal’s reign, which lasted less than a year, the Jordanian Constitution of 1952 was completed adopted. It embodied the spirit of political development, based on the importance of the public’s participation in decision-making, thus laying the foundations for national unity and Arabism. His Majesty King Talal’s reign was also marked by endorsing the right of free education and the issuance of major legislation. He also bolstered ties with Saudi Arabia, Syria and Egypt; and during his reign, the first Treaty of Joint Defence and Economic Cooperation between the States of the Arab League was signed.

Illness prevented King Talal from continuing to rule. As a result, a constitutional decision was taken to form a Regency Council on 11 August 1952, until his son, King Hussein, came of age. On this same day, Al Hussein was proclaimed King of the Hashemite Kingdom of Jordan.

Born in Amman on 14 November 1935, King Hussein received special attention from his grandfather, the Founding King. He completed his regular and military education at schools in Jordan and abroad, before being proclaimed King in 1952. He assumed full constitutional powers on 3 May 1953, amidst a delicate phase in Arab and international politics.

King Hussein was able to achieve the high levels of development — especially in the political, economic and social fields. He became the builder of a moderate Jordan and succeeded in securing a decent life for his people. Under his leadership, Jordan continued to play its Arab, regional and international role ably and effectively, with keen prescience.

With a focus on ensuring that their gains benefit all regions and all segments of society, His Majesty worked to enhance Jordanians’ standard of living, in line with his motto: “The human being is our most precious asset,” which was the main driver of the country’s development plans.

King Hussein paid special attention to the Jordan Armed Forces-Arab Army, whose soldiers fought valiantly in the immortal Karama Battle, emerging victorious on 21 March 1968 and restoring faith back to Arabs after the 1967 Arab-Israeli war.

Since it was impossible to hold parliamentary elections in the West Bank — which was part of the Hashemite Kingdom of Jordan — due to the Israeli occupation, advisory councils were created to fill the constitutional vacuum. Heeding the Palestinian brethren’s will to take over their own affairs, Jordan took the decision in 1974 at the Rabat conference to recognise the Palestine Liberation Organisation as the sole legitimate representative of the Palestinian people. This was followed by Jordan’s decision to disengage from the West Bank legally and administratively in 1988. The decision enabled the Kingdom to resume its constitutional democratic march in 1989, based on political pluralism, affirming the approach of shura and expanding the scope of political engagement to include women as voters and candidates.

On the regional and Arab levels, Jordan was among the founders of the Arab League and has since remained committed to its decisions. His Majesty King Hussein also played a pivotal role in ensuring Arab unity, promoting joint Arab work, and supporting Arab causes, especially core ones, such as the Palestinian cause.

His Majesty King Hussein, a man of great courage and deep foresight, wrote in his book “Mon Métier de Roi” (My Occupation as King): “For four generations, the Hashemites have fought for the same cause, goal and end. Sharif Hussein in Mecca was the first to raise the banner, then came King Abdullah and after him was my father. As for me, I am of the fourth generation that has been fighting for the same cause, goal and end.”

King Hussein has a collection of literary and political writings: “Uneasy Lies the Head,” “Our War with Israel” and “Mon Métier de Roi”.

King Abdullah was born in Amman on 30 January 1962. He is the eldest son of His Majesty the late King Al Hussein Bin Talal and Her Royal Highness Princess Muna Al Hussein. His Majesty has four brothers and six sisters and is the 41st-generation direct descendant of the Prophet Mohammad, peace and blessings be upon him. 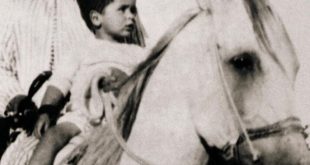